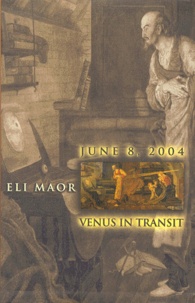 In 2004, Venus will cross the suns face for the first time since 1882. Some will not bother to step outside. Others will plan for years, reserving airline tickets to sec the transit in its entirety. But even this group of astronomers and experience seekers will be attracted not by scientific purpose but by the events beauty, rarity, and perhaps-after this book-history. For previous sky-watchers, though, transits afforded the only chance to determine the all-important astronomical unit: the mean distance between earth and sun.Eli Maor tells the intriguing tale of the five Venus transits observed by humans and the fantastic efforts made to record them. This is the story of heroes and cowards, of reputations earned and squandered, told against a backdrop of phenomenal geopolitical and scientific change. With a novelists talent for the details that keep readers reading late, Maor tells the stories of how Keplers misguided theology led him to the laws of planetary motion